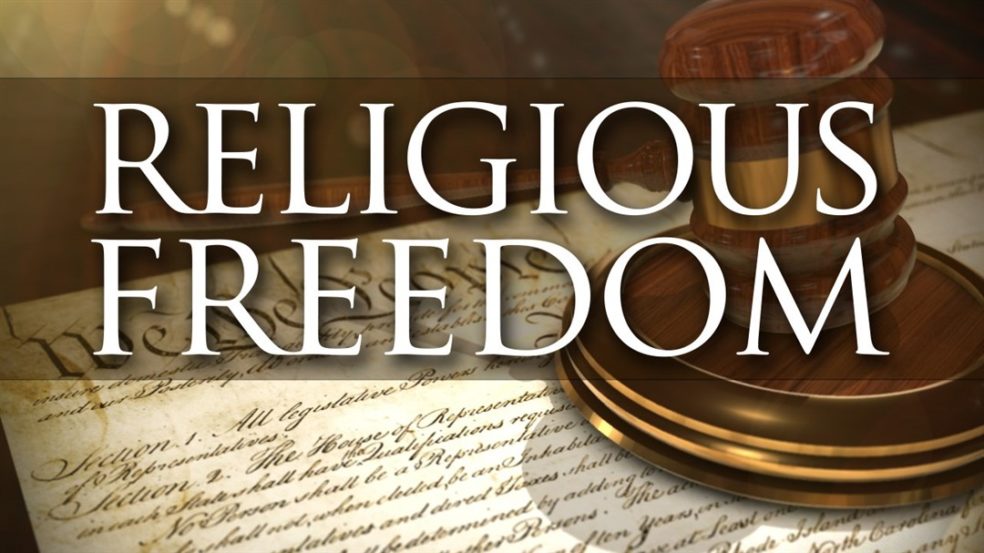 One man’s orthodoxy is another man’s heresy. That is why watching the progress and in some cases passage of “religious freedom” bills in Arizona and other states is a cause for serious concern. These bills are counterproductive to their intended goal of protecting religious freedom for all Americans. To deny service or business interaction to other American based on a religious objection is itself not a protection of religious freedom but a direct assault upon it. To deny service to any group on ideological or religious grounds is to open the door to any group being denied service on those very same grounds.

To attempt to justify such a law on the more specious grounds that membership of these groups make a “choice” is to take a very big step on a very slippery slope that eats at the very foundation of American liberty. Under that reasoning, a Catholic can deny service to a Protestant, a Muslim may deny service to a Mormon, a Methodist may be able to deny service to an Atheist, and an Agnostic may be unsure who to deny service to or not. It is a recipe for disaster and the fraying of the fabric of American society. Avoiding the experience of such religious divisions in Europe was one of the founding principles of this country and part of why we so value our religious freedom. As Ben Franklin so aptly put it, “We must all hang together, or assuredly we shall all hang separately.” By failing to protect the beliefs of others, even if we disagree, jeopardizes our own freedom of belief.

Americans’ ability to work together despite our philosophical differences has been a large part of the secret of American success. We are not required to love our neighbor; but we are expected to work with or neighbors so that we all retain the right to believe as we choose.

Imagine that there was a religious doctrine against mimes. A person still has a constitutional right to disapprove of mimes; Americans have the freedom to believe what they want. In fact, the core of the First Amendment is that we all have a right to our most outrageous personal beliefs, but the exercise of that right is predicated upon the tolerance of the outrageous beliefs of other Americans. Tolerance, by its very definition is to allow the existence, occurrence, or practice of something that one does not necessarily like or agree with without interference.

That means that American bakers do not have the right to arbitrarily deny a mime a cake because a mime “made a choice” not to speak up for him or herself. That means an American florist is not allowed to not sell flowers to a mime because the florist does not approve of walking in the wind. By that logic, what if a doctor decides not to help an injured mime based on a religious objection? Can firemen refuse put out a fire in a mime’s house because most of the firemen in the company don’t like mimes? What if a businessman rejects service to what he believes is a mime, but is in fact a very quiet person who gestures wildly? If denying a mime a cake or some flowers makes the world a better place, then the baker or florist should either seriously reconsider their religion or reconsider their profession. That is not how we do things in the United States of America. We let everyone eat cake.

On a final note, I personally have nothing against mimes and I will allow the record of the mime community’s contributions to American culture speak for itself.